Building a better model of how retirement, health, and consumption interact 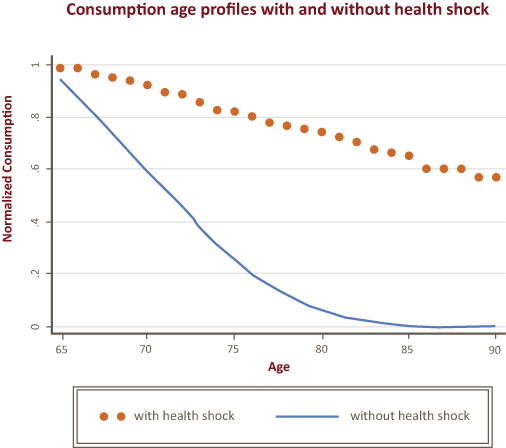 The researchers applied their model to Health and Retirement Study (HRS) and Consumption and Activities Mail Survey (CAMS) data. Incorporating health into the model is the project’s contribution, but the authors’ findings also include:

The authors state: “The findings in this paper suggest that public programs like Medicare and Medicaid play an important role in shaping the consumption and health behavior of the retirees, as well as the retirement and saving decisions of working people.” Quantifying the magnitude of these effects might inform the optimal design of such programs.