Tough timing: Study looks at veterans to pin down the long-term effects of entering the labor market during a recession 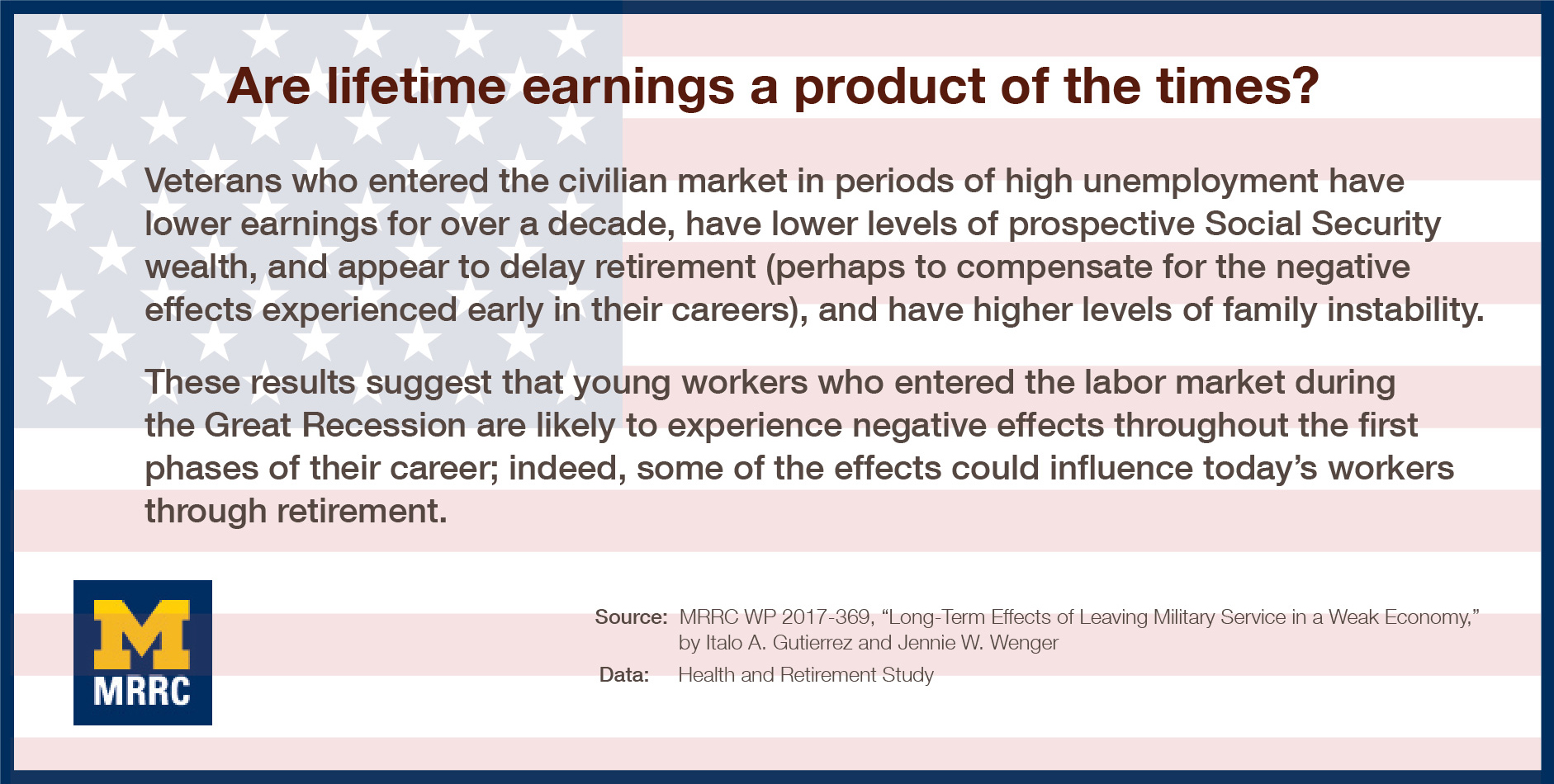 Previous research has found that young people entering the job market during a weak economy face lingering negative effects, earning less than workers who joined the labor market during, for example, a period of low unemployment. Such effects can last for a decade or more. Because a student graduating from high school during a time when jobs are tough to find might adjust her job market entry by pursuing additional education, thereby improving her job prospects, it has been difficult to determine longer-term effects. In “Long-Term Effects of Leaving Military Service in a Weak Economy” (MRRC WP 2017-369, R-UM17-09), Italo Gutierrez and Jennie Wenger turn to draft-era (mid-1970s and earlier) military veterans to look at outcomes up to and including retirement.

Gutierrez and Wenger focused on vets because most had a relatively short stint, their decisions to join were driven by world events rather than personal choice, and they had few, if any, opportunities to time their exit from service into the labor market. Using information from the Health and Retirement Study, the researchers measured earnings over time, wealth accumulation, and retirement timing.

Gutierrez and Wenger found that veterans who entered the labor market during a period of high unemployment:

The authors write: “Our results would suggest that veterans who transitioned into the civilian world during the recent Great Recession will experience lower earnings for a number of years and probably work longer. The same may be true of other young workers who entered the labor market during the Great Recession.”

« MRRC Director John Laitner recaps the spring workshop
To have and to hold: Researchers investigate how same-sex marriage might affect Social Security spousal benefits »
Copyright © 2015 Regents of the University of Michigan
pavement-enterprise