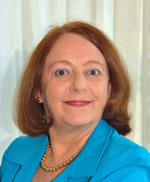 Here’s the second part of our discussion with MRRC researcher Olivia S. Mitchell on her 2015 project with Daniel Gottlieb, “Narrow Framing and Long-Term Care Insurance.”

This has been edited for length and clarity.

I think a lot of our readers are not familiar with the long lead times involved with large scale surveys such as the Health and Retirement Study. At the time when your team designed the survey question, it was about 2010? The question was fielded in HRS 2012.

So you have to do it two years before.

So what is it like waiting four years to see if you were right?

I like to tell the story of former colleague of mine who was a rocket scientist. He came home one day from work and our kids were playing together, and he said, “Today I shot a rocket up for my son and my grandchildren to be able to study because it’s going to the far reaches of the universe.” So what’s four years, you know?

You do have to think ahead. I think that perception has really guided us since the beginning of the HRS. I remember the first meeting I ever went to about the HRS, before it was born. It was in 1980, and that was 12 years before the first wave was ever fielded. Here we are, in our 20s, looking ahead to the 2016 wave… you just have to try to design questions that you think are fundamental to the field. And then maybe someday later, people will be able to use them in ever new waves.

Before the results were released, was your team convinced that this approach (see previous post) would work?

No…The conventional approach in economics is that people are rational, people make the best decision they can, given what they have at their disposal. I still think that that’s mostly true. However, we do see this persistent, unexplained behavior around why people don’t buy insurance.

Another area I work a lot on is annuities, which are purchases that you make, say, at retirement and then they pay you a lifetime income stream. People don’t buy annuities either, and that’s another big puzzle. So there are two or three big puzzles that come up in the insurance context. If you talk to average people, people on the street [and ask], “Why don’t you think about buying annuity at retirement,” they’ll say, “I have to pay a bunch of money up front to the insurance company, and I might get hit by a bus the next day and I won’t get any benefit back.” I say, yes, but you will that peace of mind. It’s the exact same problem, the notion that you’re very reluctant to plop down a bunch of money even if it is buying lifetime security.

If people view buying insurance as a normal investment vehicle, then what’s wrong with choosing a portfolio of investment vehicles to hedge against lifetime expenditures?  What is the difference, is it the peace of mind?

It depends on the product. If you’re talking about annuities, an annuity is the only financial instrument that helps protect you against outliving your assets. There’s nothing else like it. Now, if you’re Bill Gates, you don’t need to have a protection against outliving your assets. And if you’re very poor, then you don’t have any assets anyway. It’s people in the middle that could possibly run out of money if they outlive their assets. The annuity is the only financial product that can provide at least a minimal income stream, guaranteeing minimal consumption. There is no other asset that does that …How many people have ever thought about their health insurance as an investment? It’s insurance, it’s not an investment. How many people think about their automobile insurance as an investment? It’s not an investment, it’s protection. You put down money and in exchange you get protection.

In the case of an annuity, you put down money and in exchange, you get an income stream for as long as you live. In the case of LTCI, you plop down some money and, if you end up going into a nursing home for whatever ungodly price it might be, you have protection. I think it’s important that you try to educate people about the difference between insurance and investments.

I grant you that there are some products that try to blur the distinction between them, and I think that’s one reason a lot of people are suspicious about insurance, because they don’t really understand the product. Frequently they’re very complicated. I’d like to see a simplification of insurance products such that there would be a standardized template that could be used to compare insurance products… I do think that the insurance industry can do a lot more to make clearer what it is that [purchasers are] getting and what it is that they’re giving you in exchange for the fees. This has been a long-term issue and I hope that it will start to become clearer.

You’ve been doing retirement research for a long time, how much of this gap of LTCI coverage was foreseen in the ’70s and ’80s?

Longevity has been increasing, that certainly is true and has been going on for a long time…I suppose one of the other pieces of the puzzle is that in the old days, the families would take care of the elderly, but that’s not happening anymore in many societies. Especially with complex families—broken marriages, divorce, remarriage, whatever—it’s a lot less clear who’s going help take care of Mom.  That’s another reason why LTCI should be on people’s agendas.

« Researcher Q&A, Part 1: Olivia S. Mitchell looks at why people do or don’t buy Long-Term Care Insurance
Building a better model of how retirement, health, and consumption interact »
Copyright © 2015 Regents of the University of Michigan
pavement-enterprise