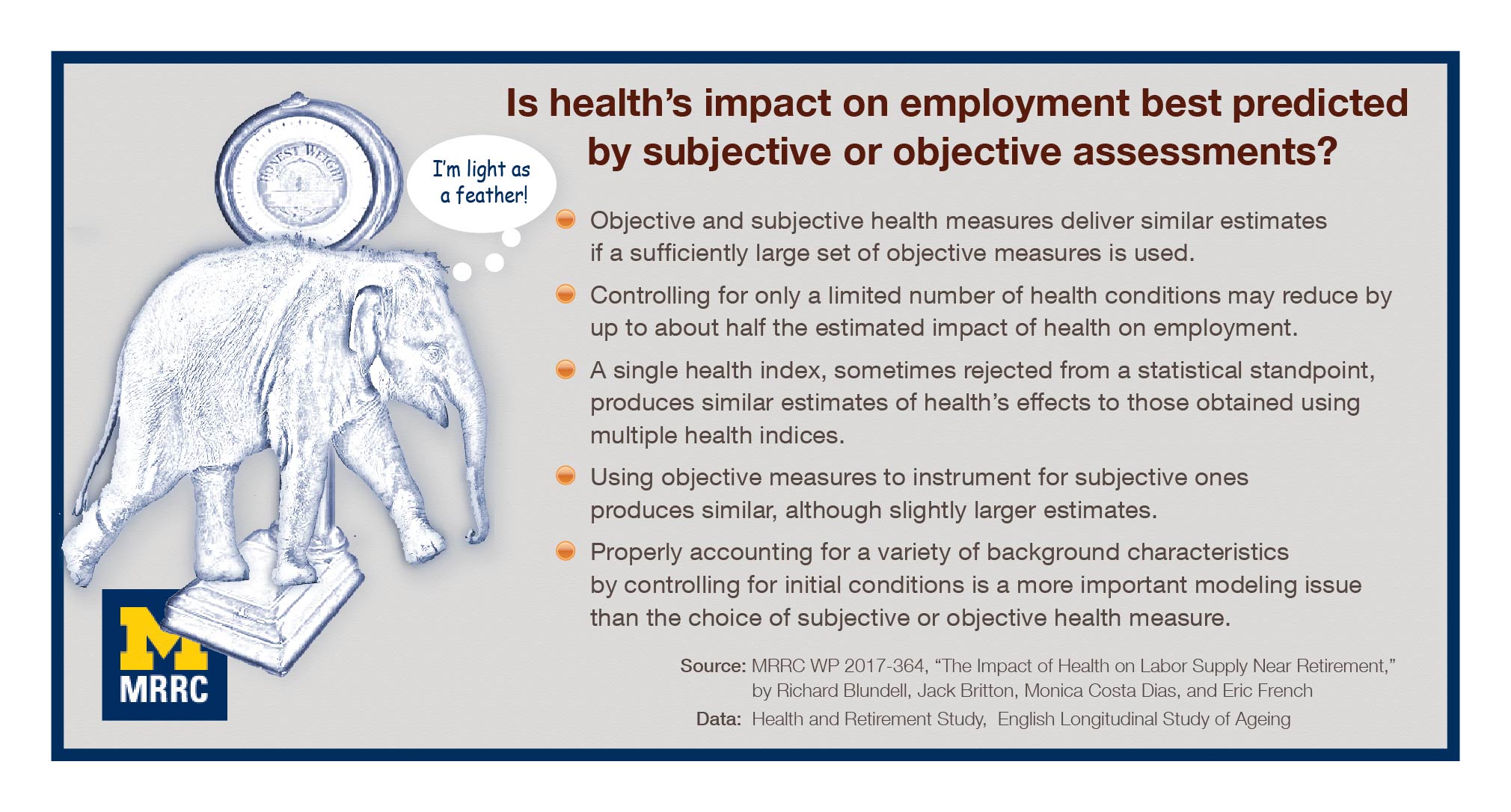 Despite the growing number of studies and the increasing availability of detailed data, researchers haven’t developed a consensus on how health affects employment. This is partly explained by the wide variety in datasets (how they are collected, how they measure health) and in modeling strategies used between studies.  To gauge health, some studies use respondents’ self-assessments of overall health (subjective) while others use indicators of a named disease, such as arthritis (objective). Some studies use of cross-sectional data leads to a focus on health’s overall impact, while using longitudinal data creates estimates on the impact of health changes. These disparities make direct comparisons between studies difficult or impossible and, unsurprisingly, have led to significantly different estimates for health’s effect on employment.

In “The Impact of Health on Labor Supply Near Retirement” ( MRRC WP 2017-364, UM17-02), Richard Blundell, Jack Britton, Monica Costa Dias, and Eric French gather up the various methods used in previous papers, unite them in a single framework, and produce a set of estimates that can be compared across studies, paying specific attention to whether subjective or objective health measures are more predictive. To combat measurement error, including justification bias (a subjective measure’s Achilles heel), they use objective measures as an instrument for the subjective ones. Since cognition is closely related to health and may capture more detail on how health impairs work, the researchers also include it in their empirical model.

The researchers found that: